From Guild Saga
Jump to navigation Jump to search 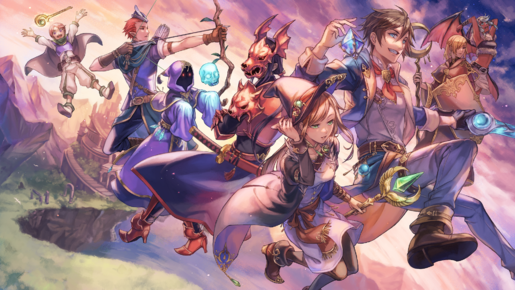 The Guild Saga Lore Wiki is an official site that serves as a supplementary repository for the lore of the game Guild Saga, featuring a comprehensive look into the Locations, Factions, Characters, History, and other lore-related topics.

For an overview of the game and its development, visit the Official Guild Saga Website.

To keep abreast with the latest updates, follow us on Twitter or join the Official Guild Saga Discord.

To learn about items, loot, and their stats, visit the Guild Saga Item Database.

What is Guild Saga?

To delve deeper into the game's philosophy, mechanics, and tokens, read the whitepaper here.

Retrieved from "https://guildsaga.mywikis.wiki/w/index.php?title=Guild_Saga_Lore_Wiki&oldid=373"
Category:
Cookies help us deliver our services. By using our services, you agree to our use of cookies.